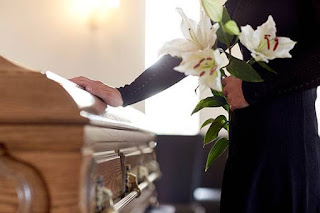 Not less six people have met their death in California, after attending the burial ceremony of a Coronavirus casualty.
According to the Complex, the funeral was held in Kershaw County, which encompasses Camden, South Carolina.
Among the dead people include a married couple, who are both over 60 years.
According to Coroner RobbieBaker, “they attended that same funeral and unfortunately passed away from COVID-19.”
“They came back to Sumter, got sick, and I was notified they had passed.”
“Unfortunately, a large number of people congregated at that funeral, somebody there was infected with it, spread it, and just didn’t know it.
”A further report revealed that four others that died were also over 60, an age group which is at high-risk to contract the virus.
Corona Virus Covid19