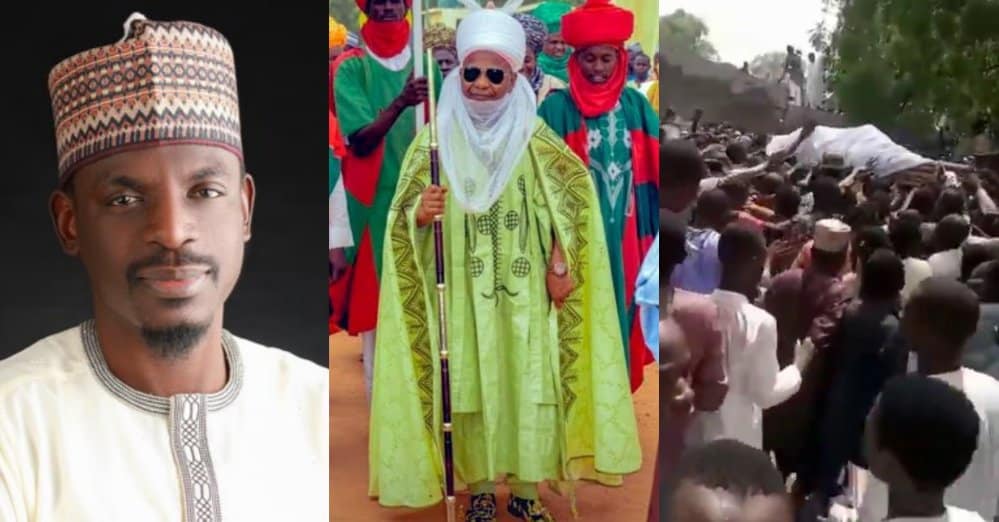 The presidency through its Special Assistant to the President on New Media, Bashir Ahmad, has debunked claims as speculated in viral video that claimed people touched the remains of dead Emir of Rano, Alhaji Tafida Abubakar.

Following the passing away of the Emir on Saturday at the Nasarawa Specialist Hospital after a brief illness, a video clip has quickly surfaced, showing a large crowd scampering to touch the remains of the dead monarch as he was about to be committed to mother earth.

Even though it remains uncertain if the monarch died of COVID-19 related issues, Nigerians have reacted to it and most regrettably, felt disappointed that social distancing was not observed at the burial.

Furthermore, concerned Nigerians such as comedian Alibaba, have speculated that the late Emir might have died after battling a Covid-19 case and thus, fear that the Northern part of Nigeria might witness a rapid increase of Covid-19 cases few weeks from now.

However, the Special Assistant to the President on New Media, Bashir Ahmad has said he was reliably informed that the burial of the late Emir of Rano was attended by less than 20 people, thereby noting that the alleged video might be of an Emir and before outbreak of Coronavirus but certainly not that of late Alhaji Tafida.